In a recent study Renske Onstein and Peter Linder show that the pattern of ecological convergence between the Cape Floristic Region of South Africa and the Southwest Australian Floristic Region may be driven by fast diversification rates of lineages with sclerophyllous (leaf) traits. This may explain the extraordinary species richness in these regions.

From Brain Structure to Behaviour

The more we study crows, the more we recognise how clever they are. The birds show similar levels of intelligence to primates, especially in key areas like rule following, and yet their brain structure is completely different. What can this tell us about how brains evolve, and how they work?

Why Are Coral Reefs So Diverse?

A story of nudibranch evolution. 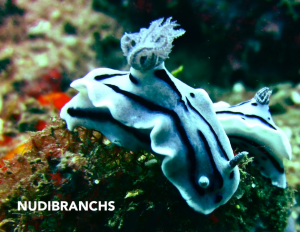 This is a song about evolution performed on the ukulele. I originally wrote this song while teaching high school in New York City in 2002. 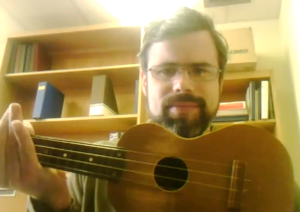 Escaping the Sex Trap: Can Female Resistance Promote the Loss of Sex?

Why sexual reproduction is more common than asexual reproduction in the animal kingdom is an evolutionary puzzle. Many hypotheses have been proposed to explain the dominance of sex, but evidence for each hypothesis is mixed. This video outlines a new idea: that sex might be common because it is an evolutionary trap imposed by coercive males to prevent females from reproducing on their own.

“Gene Cross Talk for Coevolution” was produced by Lynn Fellman, Fulbright Senior Scholar to Israel, in collaboration with Prof. Dan Mishmar, evolutionary geneticist at Ben-Gurion University of the Negev. Fellman is a multimedia artist specializing in human evolution and genomic science. Designed for a general audience, the goal of this video was to show the beauty and value of basic research as well as the excellence of scientific research in Israel.

Synesthesia is a genetic phenomenon that conjoins the senses. Here’s how it relates to evolution!

Alice and the Enigmatic Tree of Rabbits

Wonderland is far away: the white rabbit is sad! Its phylogenetic tree is unbalanced, and he is so isolated at the end of its branch. Hopefully, Alice is here, ready to help him disentangle the factors responsible for macroevolutionary patterns of species diversification! 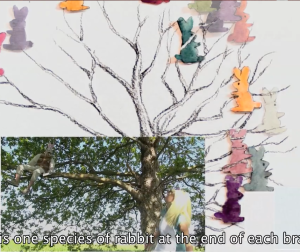 I challenged my introductory Evolution course at Colgate University to develop a video project focused on evolution. They choose to animate one of the Grants classic papers on natural selection in Galapagos finches. The results were spectacular and win or lose, this was one of the most important assignments I have ever developed… the course camaraderie was an order of magnitude greater than anything I had seen in the past!

How Imperfect Drug Penetration Can Lead to Drug Resistance

This video is about our paper “Imperfect drug penetration leads to spatial monotherapy and rapid evolution of multidrug resistance” 2015 PNAS. 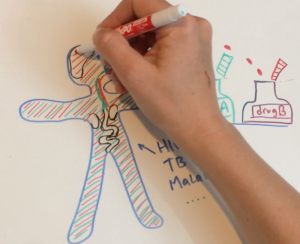 A film by Anna Lindemann (University of Connecticut), developed in collaboration with Brian Farrell, Curator of Entomology at the Harvard Museum of Comparative Zoology.

“Beetle Bluffs” illuminates a possible evolutionary origin of beetle mimicry. The short animated film features the original specimens referenced in a pioneering 1938 paper on beetle mimicry by P. J. Darlington, a former curator of the Harvard Museum of Comparative Zoology. 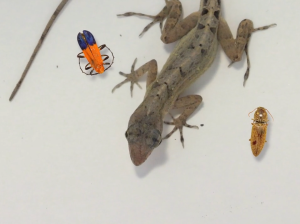 Our video depicts the sexual dynamics of the red junglefowl, where a male competes with both a brother and a non-brother, while a female (unrelated to the males) choose among the brothers and the non-brother. We bring the arena from the pre-mating stage to the post-mating close up of the sperm world.