The 2016 Evolution Film Festival received over 50 entries.  13 finalists were selected and screened, the audience voted, and the winner was “Pygids“, submitted by Matt Wilkins and Tyler Corey, from the University of Nebraska – Lincoln.  Congratulations!  Matt and Tyler received a $1,000 prize, and posed for a picture with their “Chuckie” trophy: 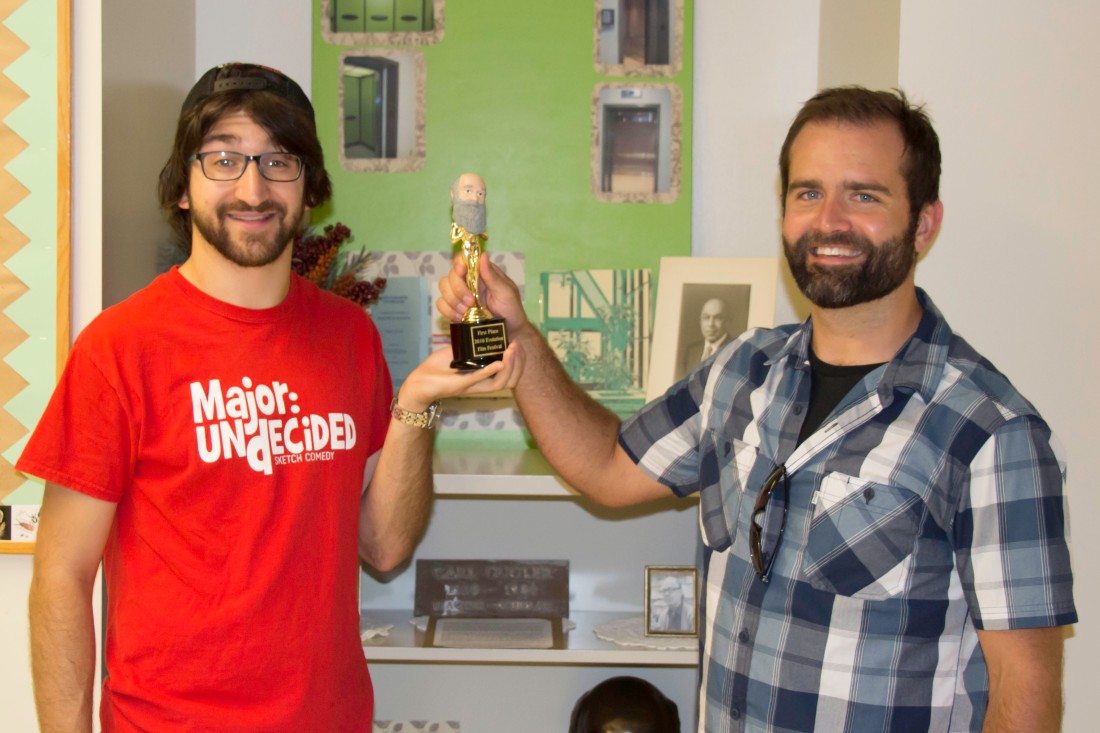 This year’s runner-up was “Ape“, submitted by Eustace Ng and Anita Yen, of Sheridan College.  They receive a $500 prize.

Congrats to them, and thanks to all who submitted videos!

Start working on your submission for this year’s contest, and we’ll see you at the Seventh Annual Evolution Film Festival in Portland, OR!

View all posts by joryweintraub

2 thoughts on “Congrats to the 2016 Evolution Film Festival Winner and Runner-Up!”