This short video describes the work of Drs. Ulrika Candolin and Jan Heschele (Univ. of Helsinki), who are looking at the evolutionary implications of the eutrophication of Stickleback breeding habitats in the Baltic Sea. 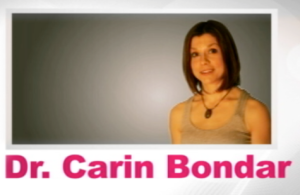 Charles Darwin’s theory of coral atoll formation was incredibly simple.
So why did it take over 100 years to prove? 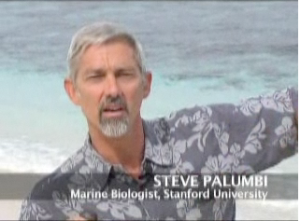 The strangler fig sprouts near the sun as an epiphyte, and then drops roots to the forest floor,
eventually climbing up and strangling its host tree, taking advantage of the tree’s structural
integrity to support its own hollow body. Brought to you by CreatureCast, a video podcast series
from the Dunn lab and friends.

Little enzymes in the nuclei of our cells run around all day detangling DNA,
which aside from being an interesting logic problem, is also a lot of string in
a very small space. Brought to you by CreatureCast, a video podcast series
from the Dunn lab and friends.

This computer animated video, created using the video tool Xtranormal,
features a dialogue between a punk girl and her teacher that is loosely
based on actual conversations. The video defines evolution in simple terms,
and dispels some common misconceptions about use of the word “theory”. 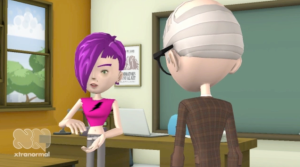 Some microscopic algae use energy in producing bioluminescence. This video
explains the adaptative advantages of such energetic release for this group
of microorganisms.The algae Noctiluca scintillans are predated by copepods,
other members of the zooplankton which have transparent bodies. When copepods
feed on the algae they turn sparkling and become striking to their own predators,
which then distinguish copepods more easily. Thus the algae have turned their
predators into alarms to call for help. 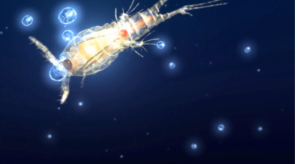 This 3D animation video shows the role, unknown to the general public, of
lizards as seed dispersers in island ecosystems. Lizards change their diet
in insular environments, incorporating many fleshy fruits. By eating these
fruits, the lizards disperse the seeds with a fantastic result for the plants.
The video shows the results of a research project that the laboratory of Ecology
and Evolution of Plants (University of Vigo) has made in the National Park of
the Atlantic Islands of Galicia (Spain) with funding from the Autonomous
National Parks Organism. 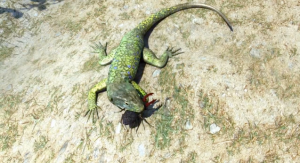 Introduced plant species cause ecological upheaval because they compete with other plants and cause damage to fragile native habitats. But they may also affect the evolution of native animals. This video shows a study in the Netherlands aimed at understanding such “evolution after invasion.”

“Flight Origins” is an exploration of the evolutionary theories of flight origins excerpted from Theory of Flight, a fantasia of avian obsession in which a scientist’s biology lecture on flight goes awry when she reveals her own extreme experiments.

For more about Theory of Flight, including a movie of the whole performance visit
http://www.askewmusic.com/TheoryFlight.html

What happens when related species interact? Can their behavioral interactions
influence their evolution and ecology? Dr. Greg Grether and other members of his
lab in UCLA’s Department of Ecology and Evolutionary Biology address these questions
in their research. They have coined the term “agonistic character displacement” to
describe a seldom-studied evolutionary process by which fighting between species drives
the evolution of traits that mediate species interactions. In this video, Grether discusses
some recent work on rubyspot damselflies conducted by Grether and Dr. Chris Anderson.

This short film illustrates some of the amazing dietary adaptations of
island lizards of the Mediterranean, and the importance of these animals
to insular ecosystems. 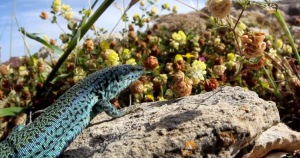 This film represents the current research of Gustavo Londoño in the Peruvian Rainforest.
From how birds regulate nest incubation to what animal might attack a nest, Gustavo studies
all sorts of things involving neotropical birds.